Vitiligo is a disease that causes the loss of skin color. It is not life-threatening though but it shows a great effect on your skin. The whole body gets covered with white patches.

Vitiligo may occur to any age of the group.  People affected by this disease are of very less percentage.  It is present in both sexes. Mostly it is found in people of dark skin. You can also get more information on Vitiligo by clicking right here:

There is not an exact cause of vitiligo but some of the causes mentioned by doctors are genetic hypotheses, Immune hypotheses. Some also mention emotional distress and sunburn but none of these theories are proved.

Initially, Vitiligo is seen in hands and arms of the people. Later on, it covers the whole parts of the body. It also starts graying the hair on scalp, eyelashes, and eyebrows. 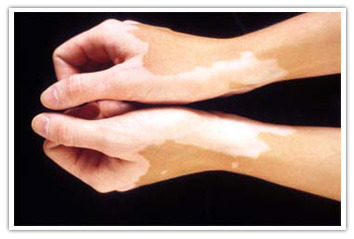 If it is present only in few parts of the body then it is known as localized Vitiligo. People with Vitiligo disease are of great risk of skin cancer, skin problems, and hearing loss.